Our Warrior martial art program introduces Kajukenbo to students 3-5 years of age.  The curriculum is modified to achieve fitness and focus through fun. Classes help teach self-discipline and socialization skills.  The self-control and concentration aspects of the curriculum have proven to be especially beneficial to children with attention-deficit/hyperactivity disorder.  Our teachings will also improve balance and coordination.

The Kids martial art program introduces Kajukenbo to students 6-12 years of age.  The curriculum is exactly the same as the adult class, but is modified to their abilities and attention.  The classes are fun and strict at the same time, teaching students respect, while they gain confidence, focus, and self-control.  This class/program has a higher focus on morals, values, academics, and a student’s character.

The Teen/Adult martial art program introduces Kajukenbo to students 13 and up.  We’ve added the teens with the adults due to their height and maturity. Whether you’re looking to gain basic self-defense skills, or hoping he/she will learn self-discipline, Kajukenbo is a great teaching tool.  Both Teens and Adults find these classes beneficial in the areas of self-defense, mentoring, and motivation. 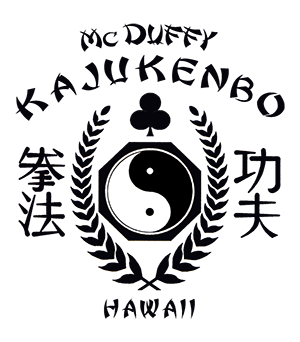 The Summer Camp Program offered through McDuffy’s Kajukenbo is an exciting time of year!  Children that have attended our camp in the past, look forward to participating every year.  Because your children are precious to us, we offer the highest quality of activities and field trips that will meet every child’s needs and interest.  Through Camp, we offer the Martial Arts, Self-Awareness, Sports, Academics, Swimming, Tennis, Spanish Classes, Hip Hop, Tumbling, Field Trips, and more!

We also offer both Spring Break and Winter Break camps during the regular academic school year.

The dance program includes Hip Hop, Ballet, Tap, and Modern.  Our dance team performs all over Southern California, competing against other dance companies throughout Los Angeles and Orange Counties.  Through dance, our students are improving physically, increasing muscular strength, endurance, and motor skills. Aerobic fitness and weight management our significant, while increasing confidence and coordination. Learn more about the MGM Dance Academy here!

The Tutoring and Transportation program provides families with a venue in which the kids can study, do homework, and read.  Our tutors ensure the student has the support needed to complete their daily homework assignments. The tutors then correct the assignments once completed.  No more homework at home!

Our Cardio Kickboxing workout offers a full body workout to music. No part of your body is left out while participating in this workout. From the core muscle groups to the small muscle groups, one can enjoy a complete body workout.  If your goal is to lose weight, drop inches, and increase strength and conditioning, Cardio Kickboxing is the fitness class that will get you there.  We work on low to moderate impact level boxing, kickboxing, and martial arts techniques to all types of music. The classes are “physician recommended”, and are geared towards teens and adults.  We advise that our kickboxers workout at a pace suitable for them. It’s estimated that one can burn 500 to 700 calories in an hour long session.

If you’ve been working out, but the results aren’t there, we’re your answer.  Having a personal trainer guide you through your fitness routines will ensure faster and better results that last.  Spending time on the proper types of exercises is key; our certified personal trainers can get you the results you’re seeking.

Will karate make my child more aggressive and/or violent?

It’s a very common misconception that the martial arts (karate) causes aggression.  In fact, the opposite is true. Children kick and punch anyway – it’s natural. But martial arts isn’t about kicking and punching, that’s only the vehicle.  It’s about learning self-control, discipline, respect and perseverance. The majority of our students never engage in confrontation at school or on the playground.  They find it much easier and more mature to simply walk away. When a student walks away from confrontation, it is not because they are afraid, but they understand the issue at hand is not worth the repercussions.

Kajukenbo is the original Mixed Martial Art, and the only true American Martial Art.  Kajukenbo was founded in Hawaii in 1947. The art was developed by a number of Black Belts calling themselves “The Black Belt Society”.  This group consisted of black belts from various martial art styles and backgrounds who met and trained together. This was the beginning of an evolutionary and adaptive style designed to combine the most useful aspects of the arts.

There are five men credited as co-creators of Kajukenbo, and its from their respective arts that Kajukenbo draws its name.

This style of Karate is Tang Soo Do, contributed by Peter Young Yil Choo

This style of Judo is Se Keino Ryo, contributed by Frank Ordinez

This style of Ju-jitsu is Kodenkan Danzan Ryu, contributed by Joe Holck

This style of Kenpo is Kosho Ryo, contributed by Adriano Emperado

This style of boxing is Chu’an Fa Kung-Fu, contributed by Clarence Chang

Learn More About Getting Started at McDuffy’s Kajukenbo